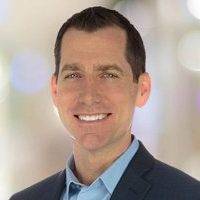 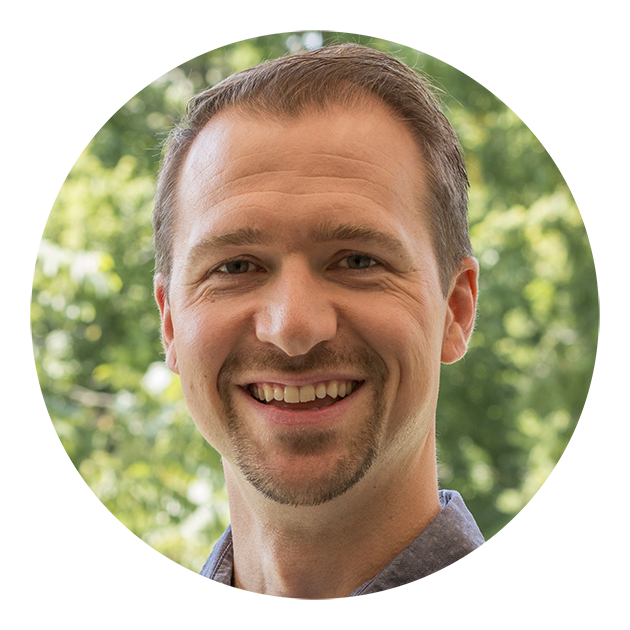 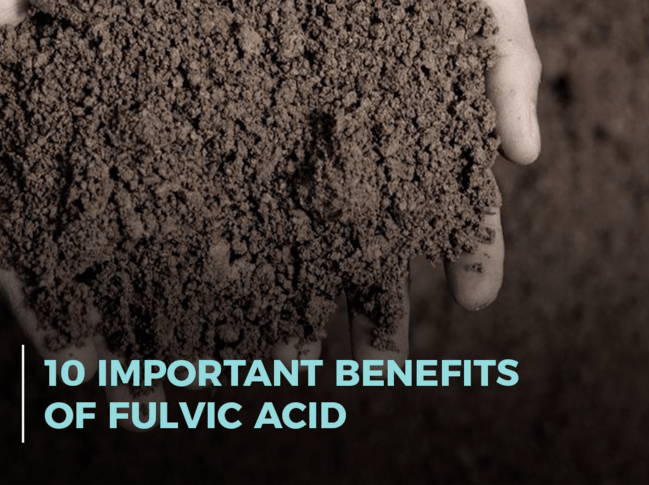 Fulvic acid is a super-nutrient that literally comes from the dirt. It’s an organic compound found in water and soil, made when plants and animals decompose.

You might not hear fulvic acid named quite as often as probiotics, fish oil, or kombucha for your health, but it’s extremely important for helping to boost the effectiveness of the immune system, aid digestion, detox, and protect your overall health.

Because we’ve depleted our soils (through pesticides, herbicides, and reusing the dirt for multiple crops without replenishing organic nutrients), our bodies are lacking the fulvic and humic acids they need for optimal health. Farmers used to reintroduce compost and organic compounds to the soil after a round of crops, in addition to rotating crops to ensure nutrients were getting back into the soil. This is more sustainable, better for the environment, and better for those consuming the crops grown.

Now, with commercialized farming, there’s no time to let the soil rest between crops. “Constant-cropping” in quick succession can lead to an overgrowth of detrimental pathogens, and a reduction in beneficial ones. In the end, this could mean more pesticides (to keep the bugs in line), less nutrients, and more chemicals in our food. (Chen) It’s a vicious cycle.

For now, a good solution is supplementing with the missing soil nutrients, because they provide so many systemic benefits to our bodies.

There’s a reason why soil-based probiotics are a hot topic in health and wellness lately. People are realizing that our soil is depleted, we’re lacking minerals, and it’s time to go back to the earth for the answers.

With the rate of parasitic infections at an all-time high, conventional medicine testing and treatment does not live up to the demand. Truthfully, nearly all of us are living with germs and parasites, and even if they’re not causing any destructive symptoms, they could be negatively impacting your health.

If germs are causing symptoms, like digestive issues, cramping, itching, rashes, or many other possible clues, fulvic acid may be a beneficial addition to your cleansing protocol.

Recent studies have shown that fulvic acid fights germs and boosts antioxidants, which are very important in preventing oxidative stress and maintaining a healthy immune system.

One study in The Journal of Trauma and Acute Care Surgery found fulvic acid to be useful even topically on fungal and bacterial germs (like staph) that are resistant to other conventional methods. (Zhao)

It can help your gut health

Gut issues, like IBS, small intestinal bacterial overgrowth (SIBO), and leaky gut (intestinal permeability that allows undigested food and toxins to cross over from your intestines to your bloodstream), are becoming a modern-day epidemic. But even seemingly less-threatening issues, like diarrhea and chronic constipation, are extremely prevalent, likely due to medications, pesticides, environmental concerns like BPA, stress, and many other reasons. One thing is for sure: healthy gut, healthy life. Many studies link a healthy gut, with plenty of beneficial bacteria, to better overall health.

Fulvic acid has the ability to boost the health of your digestive system by helping your body replenish healthy nutrients and enzymes. According to the California College of Ayurveda, an herbal compound called “shilajit” (containing ionic minerals and fulvic and humic acids) has been used for centuries by Himalayans.

While supplementing with fulvic acid is a vital step, it’s also important to work on removing inflammatory foods and toxins, and especially completing a cleanse to remove any other interference while replenishing the nutrients your gut and body need.

Fulvic acid can give you energy

Clinically, many patients report better daytime energy and better sleep once starting fulvic acid as a supplement. This could be because fulvic acid may help the body absorb important nutrients and oxygenates cells. In fact, well-known adrenal fatigue doctor Dr. Michael Lam recommends using fulvic acid to battle the tiredness and low energy associated with impaired adrenal glands. (Lam) Sometimes, fatigue can be caused by mineral imbalance or deficiencies of nutrients, and fulvic acid may help restore your body’s trace minerals. According to Lam, fulvic acid may also help calm the nervous system and relieve stress.

The energy reported from fulvic acid is much different than energy you’d get from another stimulant, like a coffee or energy drink. It’s steadier, without the nervousness, shaking, or anxiety that sometimes accompanies that overpriced venti iced breve. Also, many clients report deeper sleep, so the energy bonus from the abundance of nutrients does not typically cause insomnia.

It may help with absorption of nutrients

Fulvic acid is bioavailable, meaning it’s easy for your body to absorb and process. According to Ty Bollinger, fulvic acid has a low molecular weight, so it can pass through your cells easily and transport minerals quickly. It can carry up to 60 times its own weight! It also “lowers the surface tension of water,” which allows the water to penetrate and hydrate other molecules with more efficiency (https://www.supremefulvic.com/documents/pdf/1.what.is.fulvic.acid.pdf)

Fulvic acid contains more than 70 trace minerals. Michael Karr, a Certified Professional Soil Scientist, describes which nutrients are needed in the soil of plants for proper growth, and they’re similar to essential minerals for humans, too. Plants need, of course, carbon, hydrogen, and oxygen. They also need so-called “macro-elements” phosphorus (for energy), magnesium (for chlorophyll), calcium, nitrogen (to produce enzymes and proteins), potassium (for drought preparation), and sulfur (for amino acids). (Karr)

More and more people are being harmed from pain medications that are extremely addictive. It’s important to explore alternatives for pain, such as fulvic acid.

Many researchers have used fulvic acid with high success rates in pain-management. One hospital reported a nearly 95% success rate when treating corneal ulcers with fulvic acid (Yuan). Another hospital found fulvic acid to be beneficial with pain related to ulcerative colon infections, gastrointestinal bleeding, and hemorrhoids. Amazingly, a Chinese hospital discovered that it not only helped elderly patients with their age-related aches and pains, but also stimulated their appetites, improved sleep, and raised energy. (Wang)

It can support your brain health and cognition

It may detox heavy metals

(“Elimination of Heavy”) Fulvic acid may help support in transporting metals out of the body, specifically “metallo-proteins.” These proteins actually protect your body by storing excess metals, so they’re not just flowing freely in your blood. But you don’t want them in your body at all, and fulvic acid can help. In fact, consuming it orally for a month and a half decreased blood levels of toxic metals like cadmium, and additionally improved the function of organs of elimination. Fulvic acid has been shown to grab onto lead, as well. (Xiong)

Fulvic acid can be used as a detoxifier

Fulvic and humic acid may help transport metals from your body, but they can actually form complexes that assist the metals in safely exiting , too. (“Elimination of Heavy Metals”).

When introducing humic or fulvic acid to your diet, it’s a good idea to start slowly. It’s possible that a slight detox reaction could occur. As with all other supplements, it’s important to notice how your body reacts.

Fulvic acid can be used as a detoxifier

Fulvic and humic acid may help transport metals from your body, but they can actually form complexes that assist the metals in safely exiting , too. (“Elimination of Heavy Metals”).

When introducing humic or fulvic acid to your diet, it’s a good idea to start slowly. It’s possible that a slight detox reaction could occur. As with all other supplements, it’s important to notice how your body reacts.

Fulvic acid is important to our bodies, and we used to get a lot of it in our soil. It’s important for plants, too. It contains electrolytes, increases the plant’s capacity to absorb nutrients, can absorb radiation from the sun, and protects the plant from toxins in the soil. (Wolbert)

Centuries ago, the earth was filled with vibrant plant life, soil microbes, and organic matter that made the soil absolutely ideal for growing. Recently, in Japan, ancient soil deposits were drilled nearly two miles beneath the ocean floor, revealing the strong presence of nutrients, and microbes still alive and preserved--unexposed to above sea level elements like pesticides and herbicides. (Jex)

Our modern-day farming practices have left our soils depleted, meaning our bodies are depleted of nutrients as well.

In fact, some experts even believe that by overusing antibacterials and washing our produce, we’re actually harming ourselves and our own gut microbiome. This might be true if we grew the veggies ourselves, didn’t use conventional fertilizer, and closely monitored the growing environment. But the truth is, while the dirt on vegetables might be beneficial to our microbiomes, the abundance of pesticides, herbicides, and chemicals definitely are not.

Generations ago, our ancestors may have been able to receive fulvic and humic acid from the plants they consumed, but that is no longer the case. With the dawn of the Agricultural and Industrial Revolutions, farmers became concerned about improving crop yield and increasing growth. In the past, they would let some parts of the field lie fallow, meaning the soil was able to rest for a period of time to replenish the nutrients and fulvic acid. During the 18th century, farmers instead began rotating crops. They would plant turnips, which had deeper roots that could reach nutrients other, shallower plants could not. They also planted clovers, which could convert nitrogen in the soil to other minerals.

The lands became more industrialized, improving trade and opportunity for more money, so there was no longer time to let fields stay empty, which is what they needed to replenish the nutrients and minerals stripped from the soil when plants are grown.

It’s easy to see how modern-day farming practices have helped farmers produce more crops and make more money, but the plants and soil have become stripped of nutrients in the process. When a portion of crops were lost to insects like aphids or caterpillars, farmers developed pesticides and herbicides to prevent it. And with the development of the free market, farmers had to do anything they could to lower costs and produce more crops.

While fertilizer used to be organic (from manure, fossils, crushed bones, or other materials), it has changed to become a commercial industry.

Mineral Deficiencies: A Problem that Fulvic Acid May Help

We are so depleted of nutrients that entire professions exist in measuring mineral content in hair and tissues and helping clients re-balance minerals. Mineral deficiencies are a problem for many reasons, including diet, soil, gut health impairments, lack of nutrient absorption, genetic factors, generational deficiencies, and more.

There are so many nutrients to choose from when you start replenishing your depleted body, but it can be dangerous to consume too much of one isolated mineral, because it throws off the mineral ratio. Certain minerals function together on a continuum, like magnesium, calcium, potassium, and sodium.

For example, if you just take isolated magnesium, your sodium levels can be negatively impacted, which can, in turn, affect the ratio of sodium to potassium.

The good news is that fulvic acid functions more like a food-based mineral bomb since it’s full of so many types of minerals and nutrients. It’s also bioavailable, so the benefits of fulvic acid are easy for your body to recognize and absorb. When you give your body a variety of sources, there’s a much better chance that multiple minerals will be absorbed by the body--not just one--leading to better body balance.

If you want to try some of the best Fulvic acid around, learn more about our BioActive Carbon® Foundation: 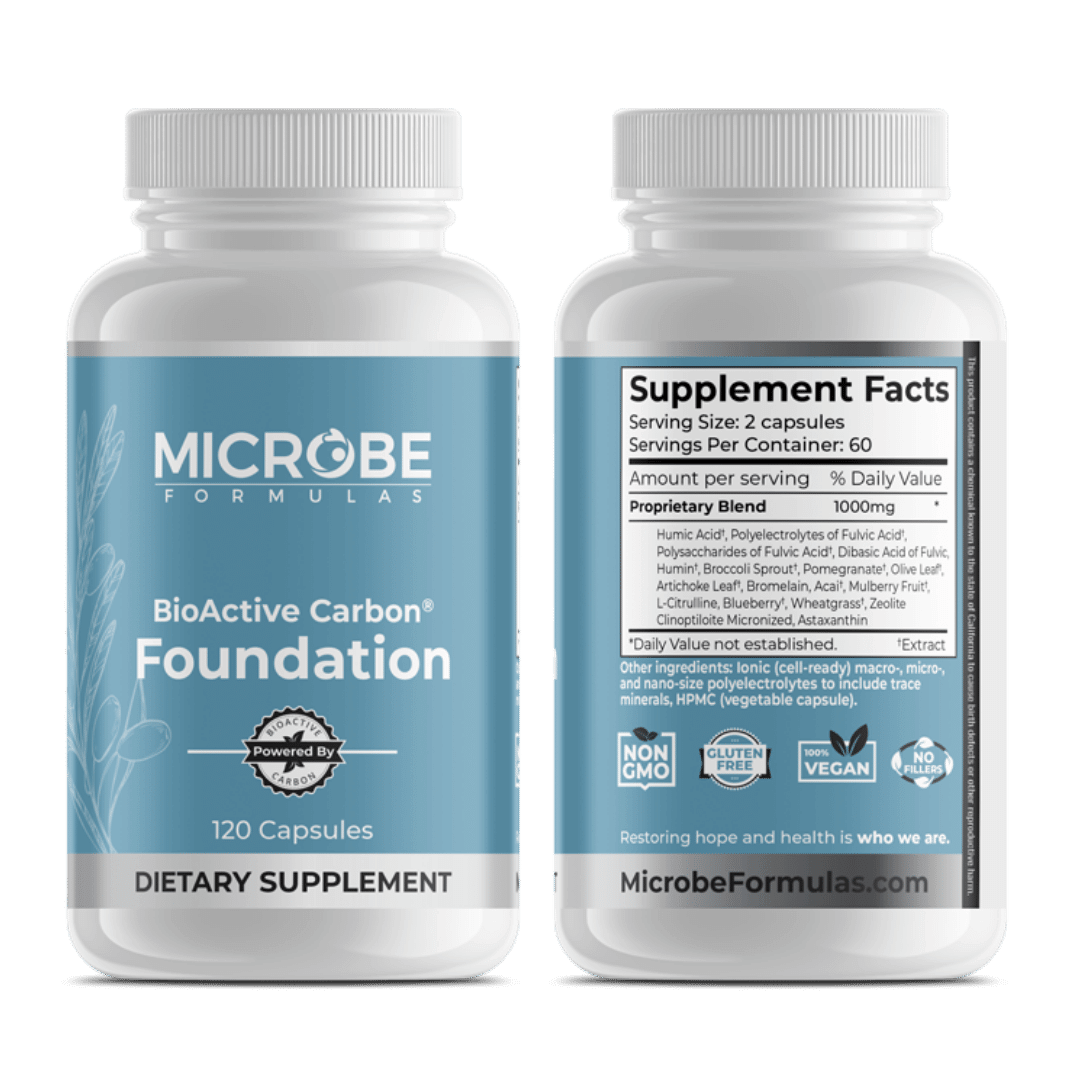 BioActive Carbon® Foundation includes Fulvic, Humic, and Ulmic acids, PLUS other heavy-hitting ingredients to help your body open up its natural detox pathways to help bind unwanted elements throughout your whole body.

Here’s a closer look at this powerful formula, including its actions and other health benefits.

Yuan, Shenyuan, et al; Application of Fulvic acid and its derivatives in the fields of agriculture and medicine; First Edition: June 1993