Are Parasites Crawling Inside You? “Scrub” Them Out Naturally

Parasitic infections can trigger a wide range of symptoms, like anxiety, bloating, and food sensitivities. A simple Ayurvedic herb could help you get rid of the critters and reclaim your health.

D o you love camping or traveling? These activities give you a change of scenery and a break from your normal routine. But could you be bringing back parasites along with your refreshed soul?

I just got home from an overnight camping trip in Oregon. It was a beautiful location along the Owyhee River. We could hear the rushing of the water as we fell asleep. Yet it was shallow enough near the shore for all the kids to play in the water.

Interestingly, in the kitchen of the mess hall, there were specific instructions about how to properly clean and sanitize dishes. Those instructions included more than a few words about aquatic parasites.

Whether it’s a worm or that creepy cousin who only shows up when there’s food involved, parasites feed off unwitting hosts. Could you be one of their targets?

The Parasite Threat Is Real 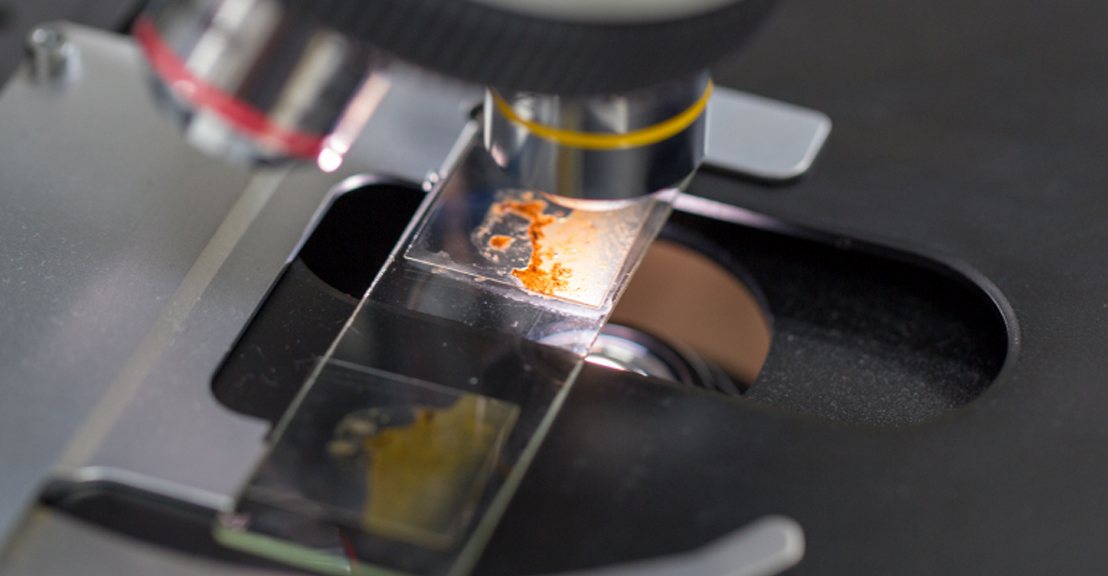 Around 300 different species of parasitic worms and over 70 species of protozoa (microscopic parasites) can potentially infect people. (1)

The ones that tend to make news headlines are the big ones, like 5-foot-long tapeworms. But about 70% of parasites are tiny, microscopic critters. You can’t see them with the naked eye.

Regardless of their size, parasites can hide inside you and cause everything from mild irritations to serious illnesses.

In some cases, parasites may be the real culprit behind chronic health challenges, such as irritable bowel syndrome (IBS) and some autoimmune conditions. (2, 3)

Despite that, most U.S. physicians aren’t aware of how widespread parasitic infections are. They might even tell you that your idea of being infected with parasites is “all in your head.” (4)

“ Parasites are more common in the U.S. than people realize, and yet there is so much we don’t know about them. We need research to learn more about these infections and action to better prevent and treat them.

— Centers for Disease Control and Prevention (5)

By no means are Americans off the hook when it comes to parasites.

One large analysis of stool samples from people across the United States found that 32% of the samples had intestinal parasite infections. (6)

Parasites can live where you eat, play, and sleep. You don’t have to travel to a developing nation to get them.

You can pick up parasites from:

In other words, whether you’re a homebody or a world traveler, you’re at risk for parasites. But how do you know if you’re infected?

Parasite tests, such as stool tests, are available. But they’re not all that reliable. (7) 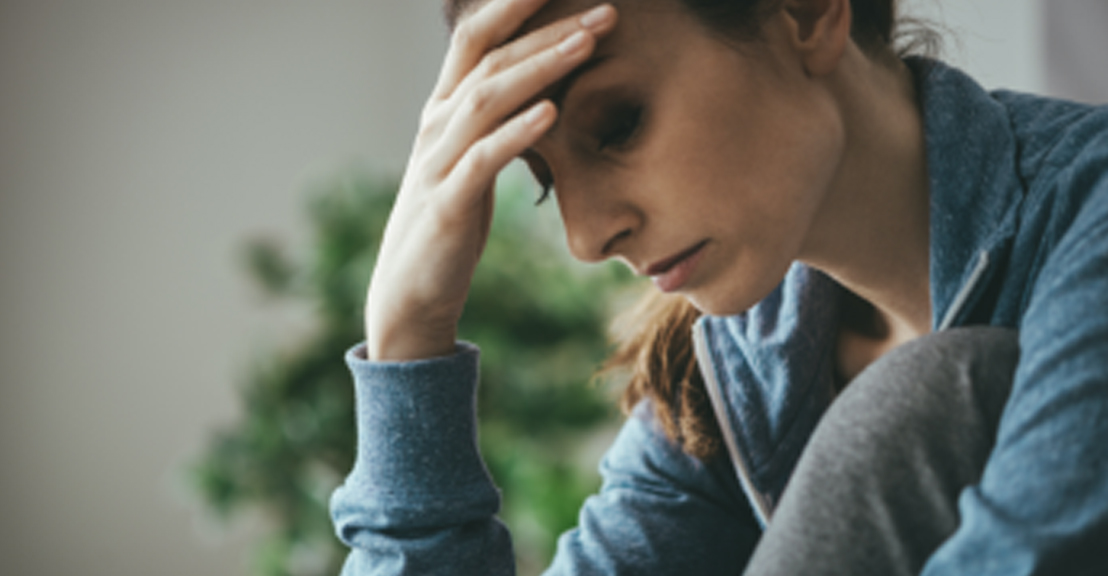 Much to the surprise of Julie S., a massage therapist who lives near Toronto, she had parasites. But it took a while to figure this out.

After many visits to a variety of health practitioners that provided her no answers for her downward health spiral, Julie found a functional medicine practitioner. He suspected she had a parasitic worm and started treating her for it, including by using Mimosa Pudica Seed.

Over the next 15 months of her parasite cleanse, Julie found that she didn’t just have “a worm.” She estimates she passed more than 400 worms. In the process, she reclaimed her well-being. Her cleanse solved the mystery behind her systemic pain, extreme fatigue, and anxiety.

“ When I found my first few worms, it was unbelievable to me, but it was the only explanation for how I felt... My symptoms were so out-of-whack with who I am; parasites were the only thing that really made sense. 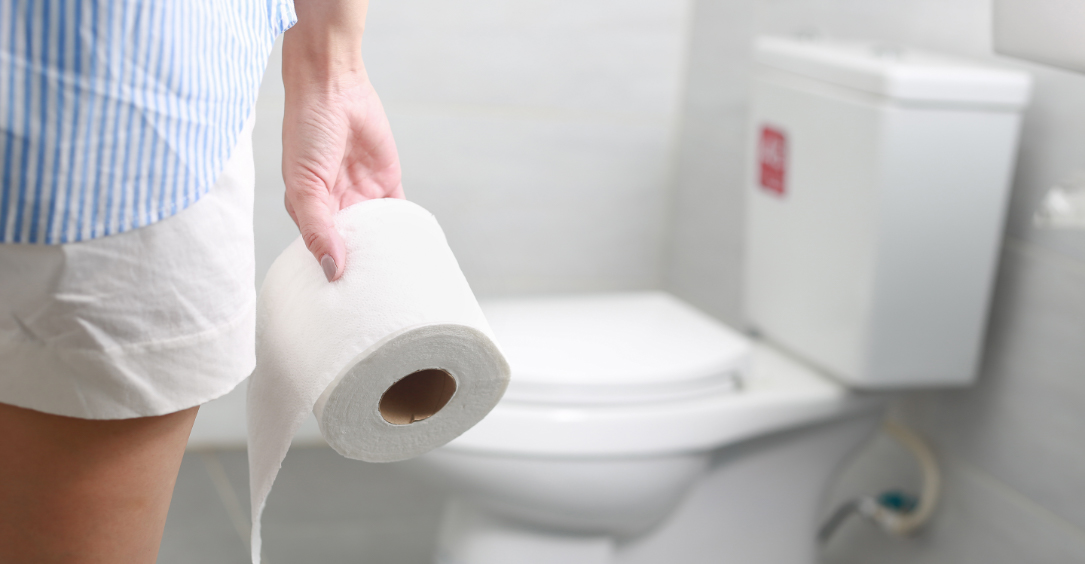 You could have any number of parasites. Here’s a look at three common ones that could make themselves at home in you.

Back when we were kids going on Boy Scout and Girl Scout hikes near mountain lakes and streams, we were told, “don’t drink the water.” The cool, refreshing water in that stream wasn’t just water. It was likely swarming with Giardia.

Giardia is a microscopic parasite that gives you diarrhea. It’s easily spread because it has a tough outer shell that makes it hard to kill. You could get the parasite from contaminated drinking water or recreational water.

You can also get Giardia if someone’s contaminated hands touch your food. That includes hands tainted by feces from infected people, as well as from pets. And if you eat at restaurants with poor food safety training, watch out. You could get more than you bargained for. (8)

Whether you’re trying to beat the summer heat or just relax at a hotel, swimming pools can be very inviting. But when you’re the only person in the pool, are you really alone?

It’s not uncommon to catch Cryptosporidium when you go for a swim. This microscopic parasite is protected by an outer shell that makes it very tolerant to chlorine disinfection. (9)

When Cryptosporidia enter your body, they travel to your small intestine and burrow into your gut wall. The result? Watery diarrhea. Over the long term, it may contribute to IBS. (10)

You could be infected with many different worms, but pinworm is the most common worm infection in the United States. Got kids? Pinworm is especially common in households with school-age children.

You may know the agony of an itchy back end. That could be pinworms. Periodically, the female critters crawl out of you and lay eggs around your anus at night. That can make you itchy. Grind your teeth at night? That could be due to pinworms, too.

Pinworm eggs can end up on your hands when you wipe, not to mention toilet seats, bedding, toys, and clothes. Touching your contaminated hands to your mouth gives the parasite easy access to your insides. On top of that, pinworm eggs are so small you can breathe them in. (11)

Grab the Critters and Haul Them Out

Parasites don’t leave readily, but you can get rid of them. You don’t necessarily have to subject yourself to harsh drugs either.

A natural yet potent tool to help you get rid of parasitic creatures is Mimosa Pudica Seed. These little seeds are from a fern-like plant popular in Ayurvedic medicine since ancient times.

Mimosa Pudica Seeds swell and form a gel when they come into contact with a liquid. If you’ve ever soaked chia seeds in water, you’ve seen this type of swelling in action. (12)

When you take a Mimosa Pudica Seed supplement, a similar swelling happens in your digestive tract. The powdered seeds become a sticky gel that can latch onto unwanted critters.

This gooey mass of Mimosa Pudica Seeds and critters travels through your gut and is excreted in your stools. Good riddance! 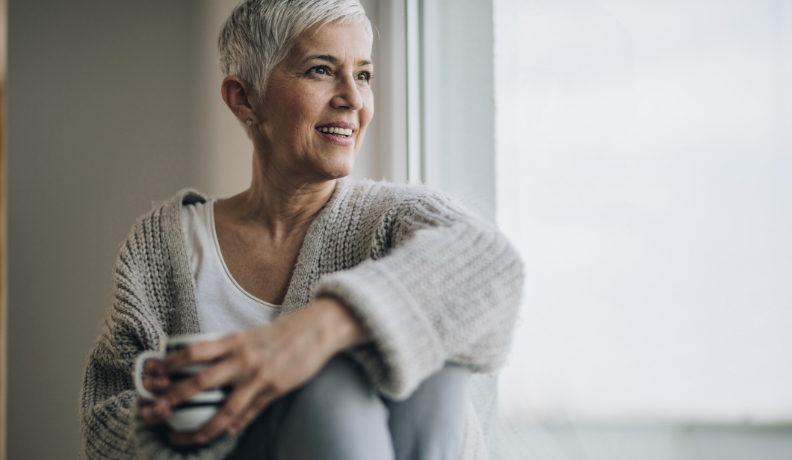 “ I had no idea how my 40 years of chronic illness were linked to parasites … After a year and a half on Mimosa Pudica Seed, they are still coming out. I am 68 and in the best health of my life!!!

Mimosa Pudica Seed could become your gut’s new best friend. Some call it a “gut scrubber” for the cleansing work it does in your intestines.

Not only does this sticky seed help sweep unwanted invaders out of your gut, but it may also have some direct action against parasites. 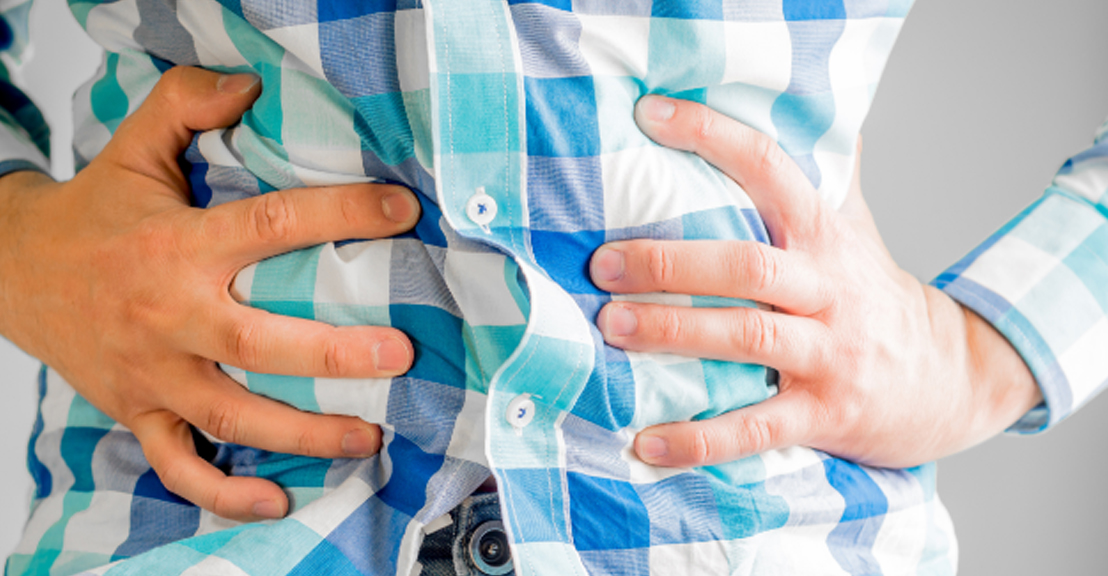 Don’t underestimate Mimosa pudica. Its seeds are a powerful weapon against parasites. But the plant’s benefits may go beyond the seeds’ gut-scrubbing action.

When scientists exposed a roundworm to extracts of Mimosa pudica seeds, the worms became paralyzed and died. (13)

“ I’ve had parasites for YEARS, and Mimosa Pudica Seed is by far the best product out there. It also took care of my SIBO. Now I don’t bloat up and can eat almost anything.

Even more impressive, the critters were permanently inactivated within just one hour. This matched the effectiveness of the most potent drug tested in the study. In contrast, two other drugs commonly used to treat the parasite took 3 to 5 days to inactivate the larvae. (13)

It doesn’t get any better than finding a solution that’s both natural and potent!

Convenient and Effective for Tackling Critters 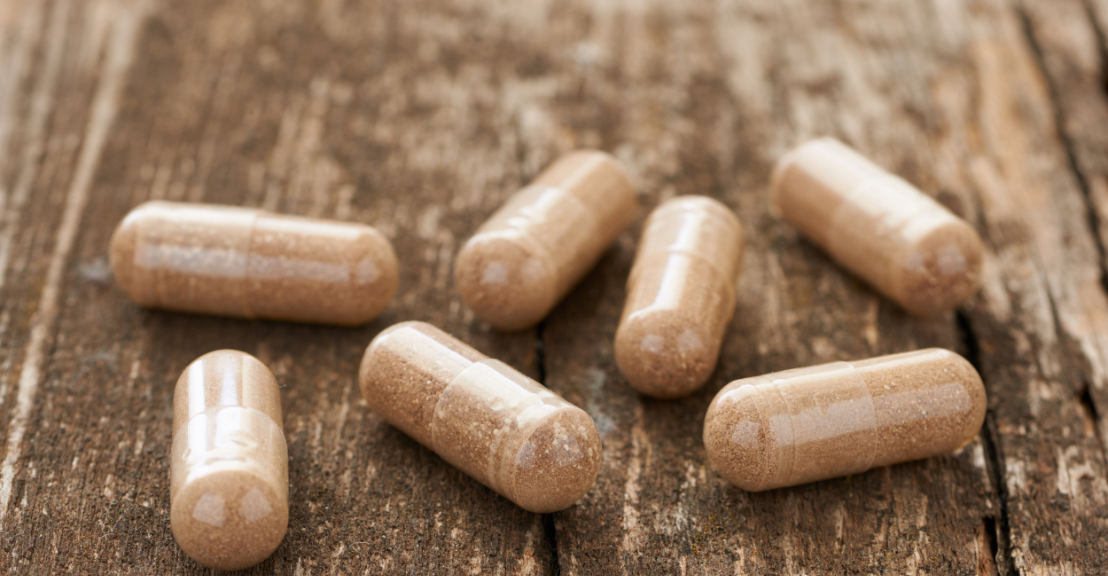 I never intended to start a supplement company. But when I discovered first hand how effective Mimosa Pudica Seed is for getting rid of invaders, I knewI had to share it with others.

I also knew it can be challenging to take this sticky seed as a loose powder. So I tracked down the purest source of the seed and put it in a convenient capsule.

After partnering with my good friend Dr. Jay Davidson, Microbe Formulas and our Mimosa Pudica Seed product were born.

“ I love how easy it is to use Mimosa Pudica Seed. It takes no extrav agant preparation, and I only have to take it twice a day at the most convenient times. And it WORKS!

Our flagship product contains just one ingredient: Mimosa Pudica Seed. We don’t dilute it with cheap fillers or flow agents. So you’re getting 100% potency with every speck of the powdered seeds.

You Know Your Body Best 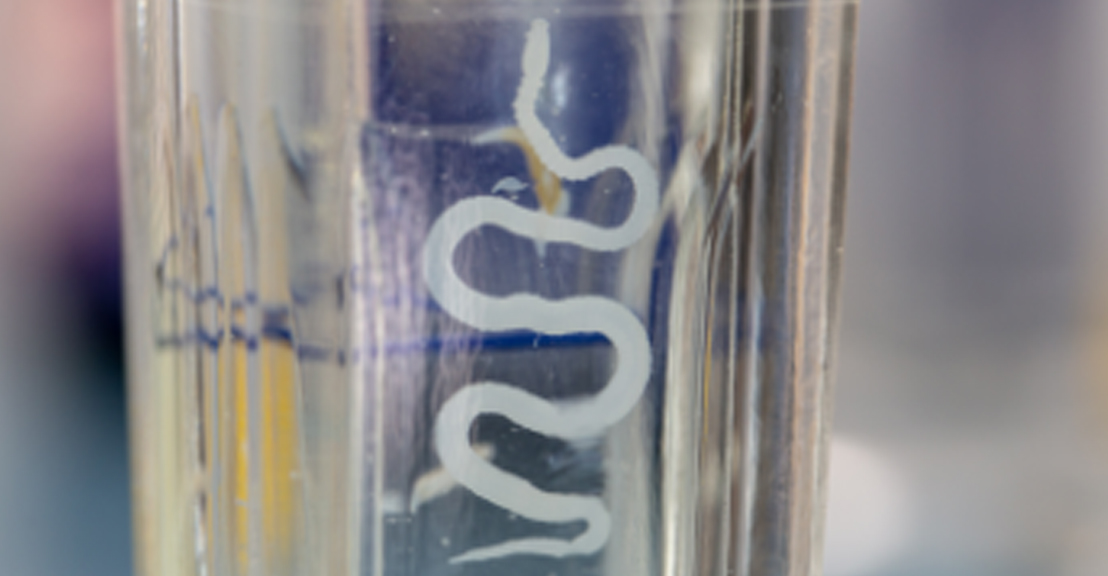 You might be met with dubious looks from your family or health practitioners when you tell them you’re going to tackle your inner parasites.

But don’t let a well-meaning but poorly-informed doctor lead you astray. You aren’t suffering from a “parasitic delusion disorder.”

Like Julie S. found out, it’s quite possible parasites are contributing to your health problems, even if they’ve never been on your radar before:

“ I took a sample of my worms to my doctor. I said, ‘There you go. This is why I’ve been sick —not because of fibromyalgia, not because of depression … I had a parasite.’

This process of getting rid of unwanted invaders may take time, especially when the timeline that brought you to this point has been a long one.

Julie spent 15 months purging her critters. When she first started her parasite protocol, she wasn’t even sure she was passing the invaders. Then she gloved up to inspect her stools. She was amazed by what she saw — and a little ashamed that she had worms. Eww, yuck...

But then Julie realized we’re all just human. Worms and other parasites happen. So she told her friends about her stomach problems and how she fixed them by getting rid of her worms. Turns out, one of Julie’s friends had worms even worse than she did.

“ Don’t fool yourself. You’ve got your own friends in there.’ I say that to everybody now.

So, don’t keep parasites a secret. They’re common, but you can beat them at their own game. You just have to use the right tools.

Don’t Wait ... Unlock the Benefits Now and Save Big

If you’ve been stuck in your health journey and unsure what direction to go, you owe it to yourself to tackle the invaders within.

Our Mimosa Pudica Seed is:

Though it’s sold in a capsule, you also have the option of opening the capsule and mixing it into organic oil, maple syrup, or honey to take it.

Here’s the best part. For a limited time, you can get a 120-capsule bottle of Mimosa Pudica Seed Free + $9.95 in shipping.

That’s right, just pay for the shipping, and you get one bottle free! That’s a savings of $45 for the regular retail price.

Get Your Free Bottle Now! 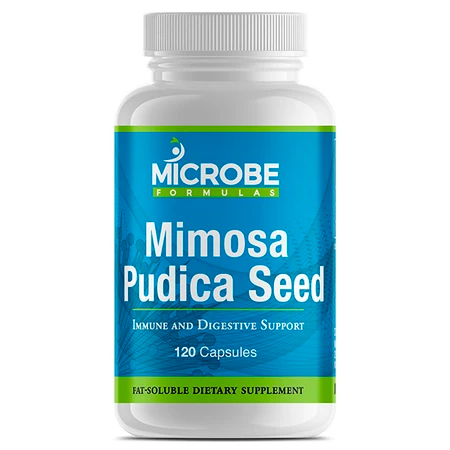